Past and Current projects

Our current initiative ‘Real Bonus’ (Echte Bonus) takes a whole new attitude towards Big Bosses and their high & rising incomes. This is one in a list of many projects Wonder has done over the last decade relating to various subjects such as sustainability, social engagement, poverty, animal protection or simply being nice to one another.

You’ll find more about the Real Bonus and a bunch of other examples below (not in chronological order).

Discover a different Amsterdam that is hidden to mass tourism, connect to local pioneers and become a real changemaker. Engage in fun activities and contribute to the city, its people and to the world at large. 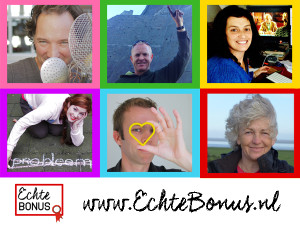 High and rising incomes of Big Bosses have been a returning issue in the Dutch news for years. By contrast to all the fruitless anger, our approach is surprisingly positive. The Dutch public now offers a Real Bonus for those in charge of large corporations and semi-public institutions. 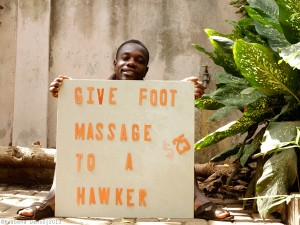 In late 2013 and 2014 Wonder pioneered the concept for a global market in good deeds. Local smile sellers each present a few ideas for good deeds they could do in their own communities. These ideas are shown in a web shop. Customers from the other side of the world can make their choice and ‘purchase’ a good deed. After this, the smile seller carries out the good deed and provides the customer with a brief story of how it went, including photographs. 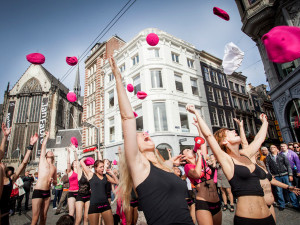 Everything you buy should not only be delicious and beautiful, but also good for nature, people and animals. That’s the premise of the BoldWomen, a national club for young ladies initiated by Wonder and continued independently in the beginning of 2013.

‘Save the world’ online platform 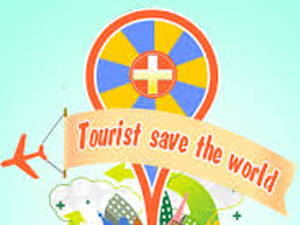 DeWereldRedden.nl (SaveTheWorld) is an online platform containing 100 solutions for a better world, video tutorials, written tutorials, blogs, a community of 1400. People can socialize and master sustainability challenges after reading or seeing the solution. 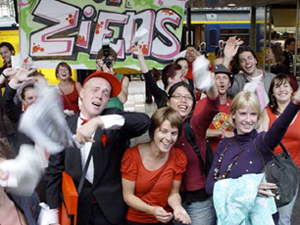 The Happy Company gives joyful, abundant goodbye services at train stations and airports, comforting concerts for a heartbroken neighbour or a little present for the cashier of your local grocery store. The Happy Company was initiated to make people happy, just like that, without asking anything in return, celebrating the joy of giving. 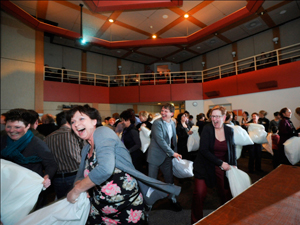 Next to its own initiatives Wonder also collaborates with various companies, other non-profit organizations and government agencies. One example is the Venlo hospital VieCuri. In 2011 we celebrated the New Year in a very special way. The ‘triple world champion Shindai pillow fight’ gave 150 staff members a short introduction workshop and after that the fight erupted, laughter and feathers flying around in the common hall.

St. Nicholas in the Mosque 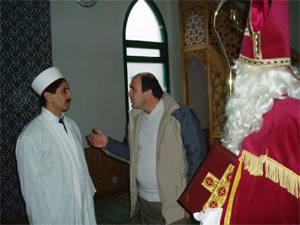 Initiated by our creative director Elena Simons, an action involving St. Nicholas generated much attention in 2004.

Muslims always put their shoes away before they enter the prayer room. In the Netherlands, the catholic saint St. Nicholas visits the country each year in December to put gifts in children’s’ shoes. So Nicholas saw his chance and went on the road with a big bag of presents. In ten cities across the country he visited various mosques during Friday prayers and put sweets and gifts in the empty shoes that were standing in the hallways. 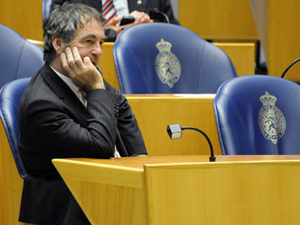 Rita Verdonk had one. Harry van Bommel had one. Pieter van Geel had one, just like several hundred other politicians and officials throughout the country. Wonder’s first project in 2005 was a great success.

To bridge the gap between citizens and government hundreds of citizens adopted each a politician or government official. The couples had regular contact so that the citizens could share their valuable, first hand insights from society and reflect on the politics and actions of their politicians. 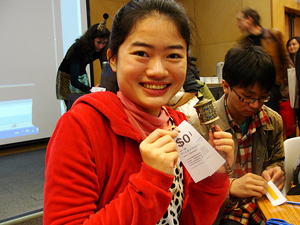 A mischievous little project from the distant past… In 1999 we gathered the most beautiful things that people had put out on the streets, baskets, cups, dishes, scarves and more. They still looked like new. Then we took price tags from a big department store and put it on our new looking trash. After we attached the price tags to the trash we put it unnoticed on the shelves of the same department store. Sold again, these parasitic products could generate about three thousand guilders worth of money. 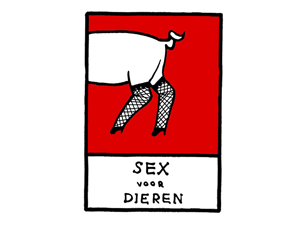 Hundreds of millions of animals die in our country as a virgin each year. Sex for Animals was therefore a plea to have animals taste the pleasures of making love. In 2006, this campaign attracted the attention of many popular television programs and newspapers. Hence, a large audience was seduced to discuss the rights of animals. 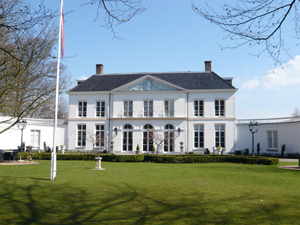 Yet another project from our creative director’s distant past: Years ago a group of welfare recipients travelled to Bloemendaal and visited the most expensive mansions. They carried a basket of presents with him: bulbs, homemade cake, lithographs and sausages for the dogs. They handed the gifts to the rich, with a note attached. “Because you are rich you pay more taxes. We can imagine that you do not enjoy doing so. But for us it is nice! Therefore we would like to thank you.”